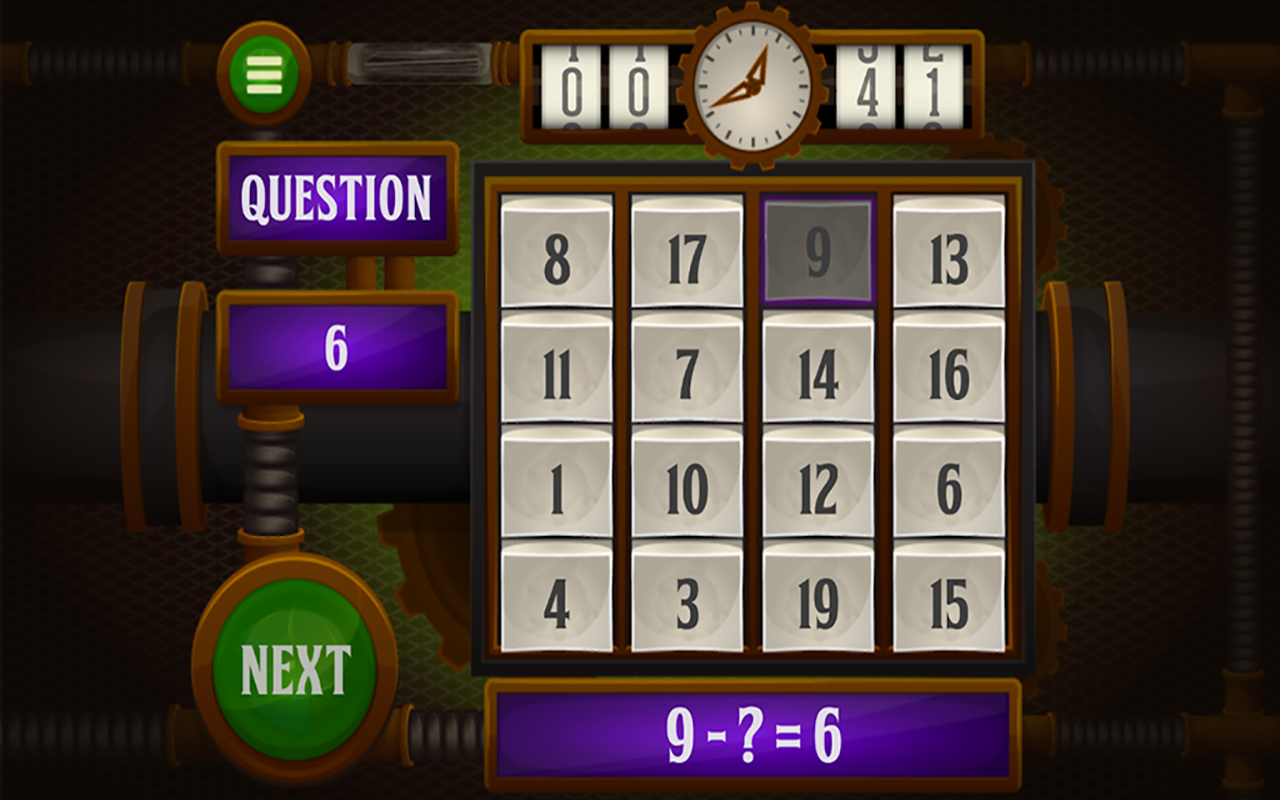 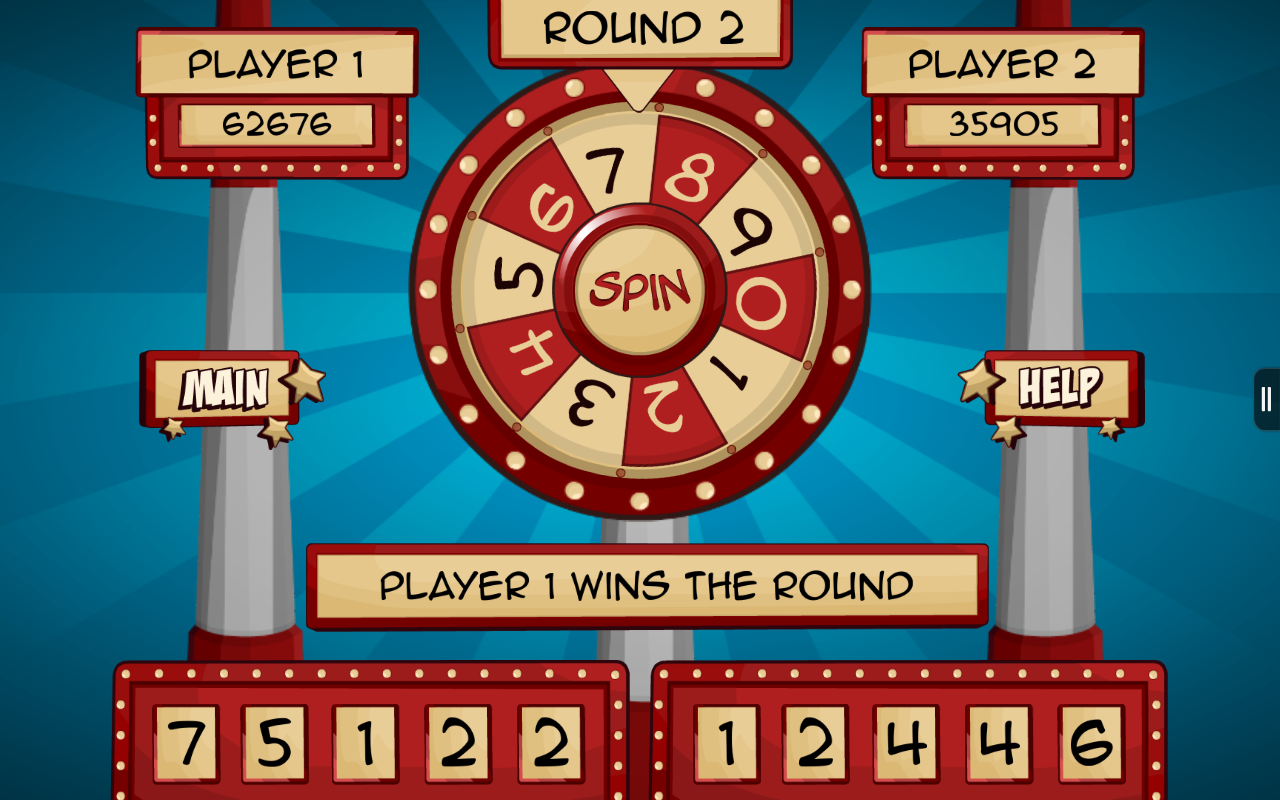 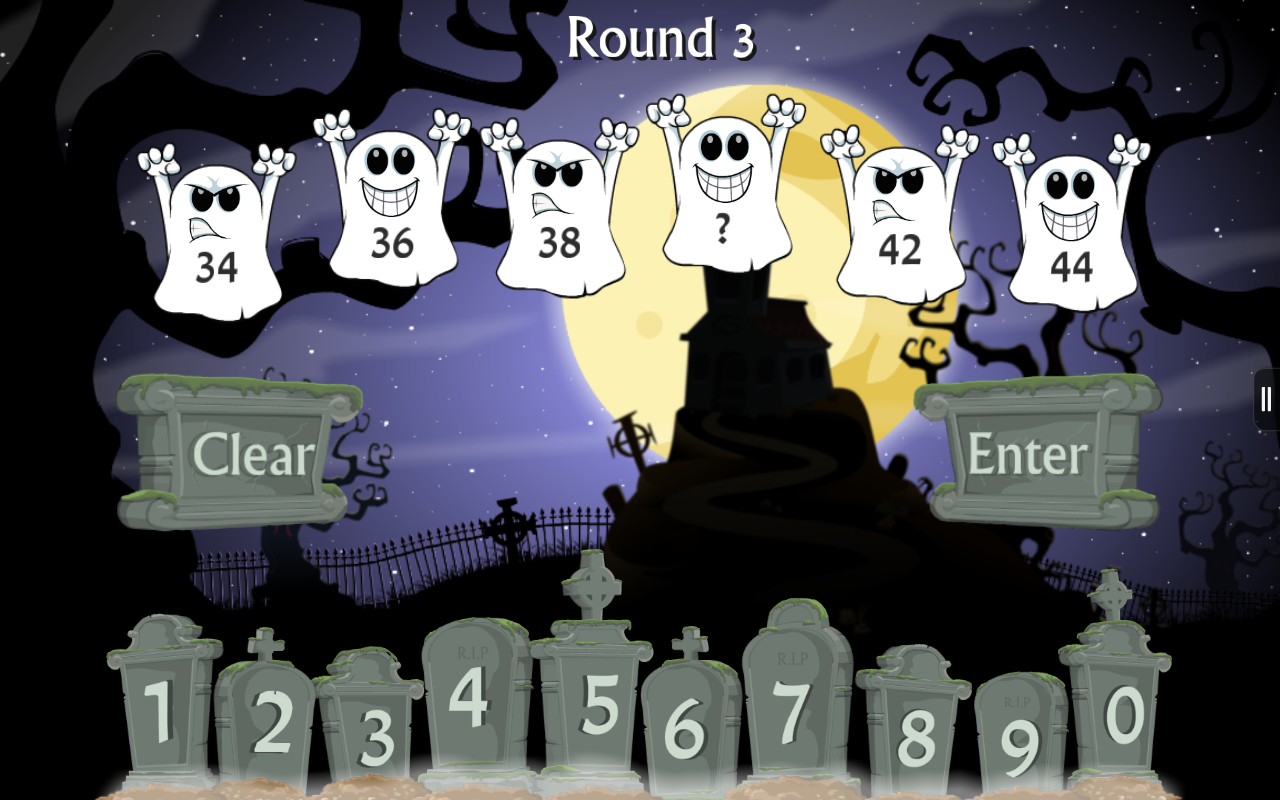 Visit the App Stores to see the complete range of Primary Apps! 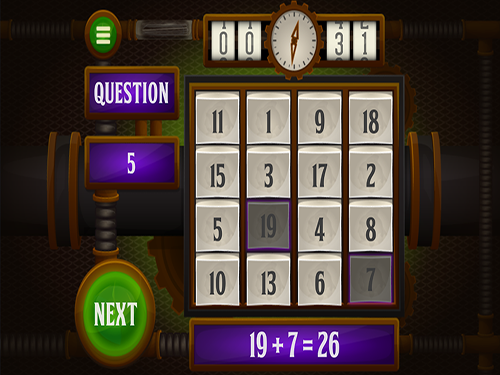 Find two numbers in the grid which, when added or subtracted, equal the answer.
Can you unlock all the levels? 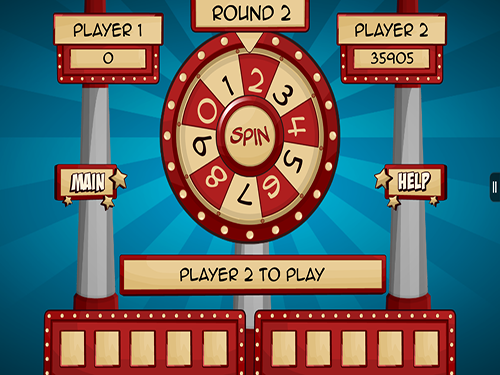 Spin to Win provides a fun way for children to recognise the place value of each digit in a 3, 4 and 5 digit number.
Spin the number wheel, when the wheel stops select the position you wish to place the number in. The player with the largest number, when all the boxes are filled, wins. The winning player scores the difference between the two numbers. 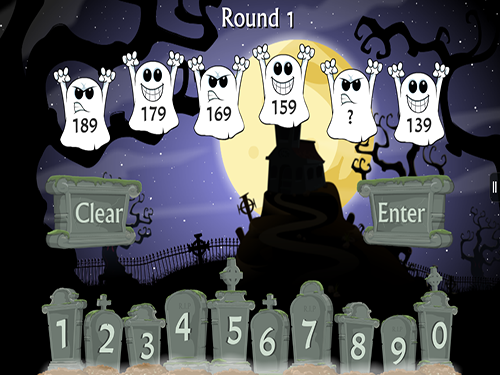 A popular activity from the Primary Games Series, completely redesigned and enhanced for iOS and Android devices.
One of the ghosts in the spooky sequence is missing a number. Tap the number buttons along the bottom of the main game screen to add a number to the ghost, if it’s the correct missing number in the sequence the ghosts will return to the haunted house. There are five spooky sequences to complete. 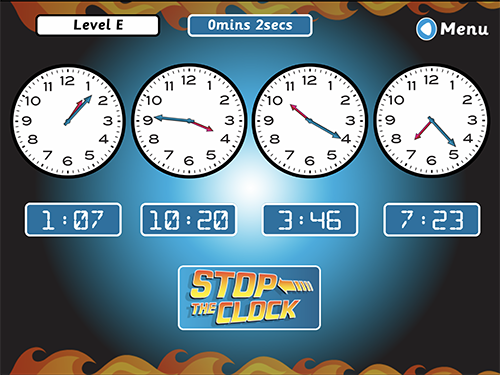 With six levels of difficulty, Stop the Clock will aid the teaching and learning of time for those aged 5 to 11+.

Based on our popular www.teachingtime.co.uk game, we have completely redesigned and enhanced this activity, combined six games into one, and added high score tables! 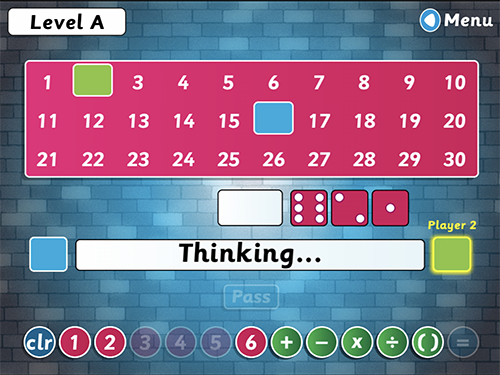 Who will be the first to cover three numbers in a line either horizontally or vertically?
Play against the computer with three levels of difficulty, or against a friend in two player mode.
Using the three numbers rolled on the dice, players must make a numerical sentence which equals a number on the board. 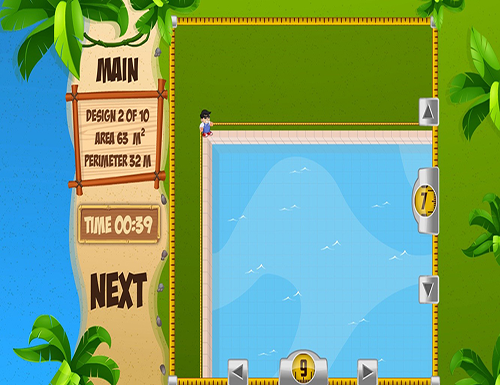 Sid has the luxury of travelling the world building swimming pools and patios for people. Can you help him? You'll be given either the area, the perimeter, or both. Your task is make 10 swimming pool or patios in the quickest time possible. 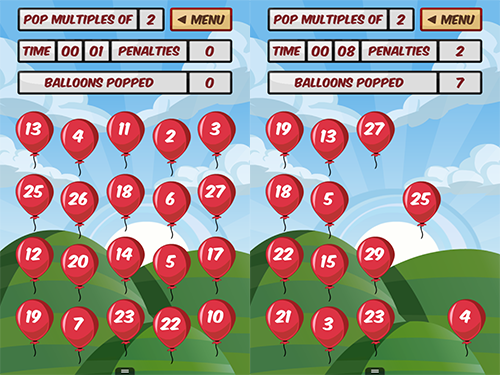 Choose the multiplication fact you need to practise from the front screen, and then pop all the balloons containing a multiple of that fact as fast as you can! Be careful though, clicking on an incorrect multiple will incur a time penalty. Total time taken plus any penalties will be displayed after each game with the quickest round for each fact being set as a ‘Best Time’. 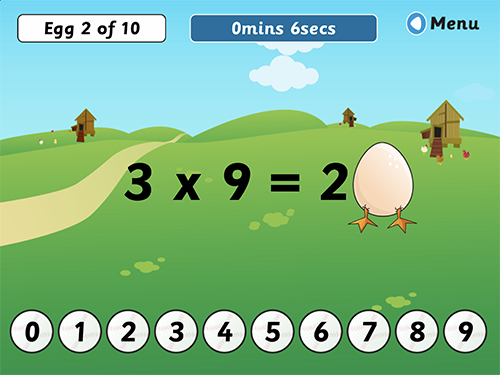 Addition, subtraction, multiplication and division skills are all put to the test as you try to crack eggs hiding a digit.
Four great Primary Games combined into one cracking Maths App! 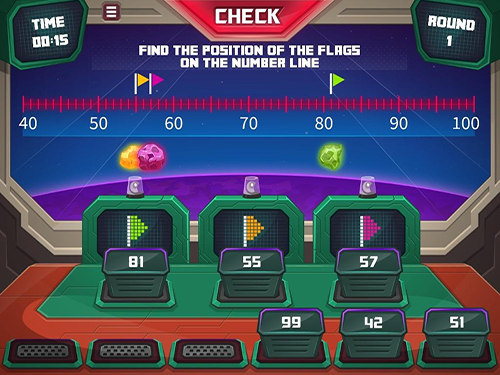 Can you read the position of the flags on the number line?
Select the number line divisions from units, tens, tenths or hundredths. There are 10 rounds in which you must place the correct number next to the corresponding flag. 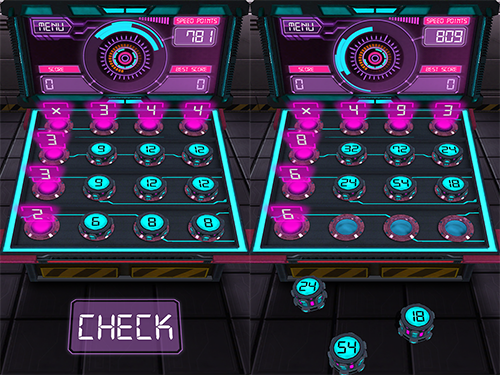 Your mission is to drag the power pods to the correct position on the grid. The quicker you work, the more points you will score!
Choose either 'Classic' or 'Puzzle' mode. In 'Classic' mode, the multiplication is given. In 'Puzzle' mode, players are given the answers and must work out the questions. 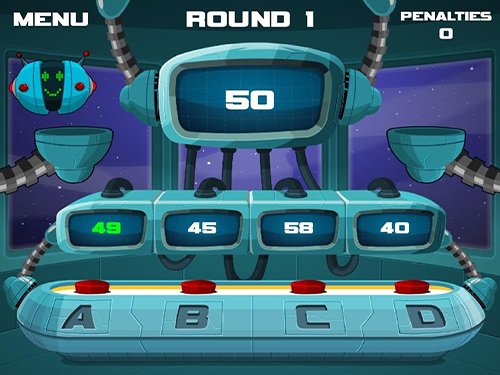 Can you identify the number nearest to the centre console number from the four given?

A fun one or two player game from the popular Primary Games Series.